Review of a Wallflower

I first read the wallflower-books by CP Smith last year, and I´ve been waiting not so patiently ever since for
Poppy´s book. Her book is right around the corner, and while I´m waiting I´m rereading book 1 “Wallflowers: Three of a kind” and book 2 “Wallflowes: Double trouble”. 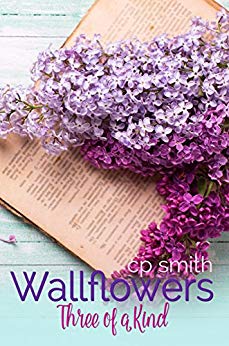 Wallflowers: Three of a kind

They say money is the root of all evil, but sometimes, evil lurks in the most unlikely places.

Calla Lily Armstrong spent her whole life shielding her heart. Now she’s ready to break down her walls and see what’s hiding on the other side. With the help of her new friends, Poppy Gentry and Sienna Miller, the three band together to find their happily ever after. One Wallflower at a time.

Former Atlanta Homicide Detective, Devin Hawthorne, moved to Savannah for a change of pace and a fresh start as a Private Investigator. He finds it right under his nose in the form of a Southern beauty who drives him to distraction, and deadly secrets that threaten her very life.

Meet the wallflowers of Savannah; Calla Lily, Sienna and Poppy. The three work together but don’t really connect until Calla decides to start living.

This is the story of Calla and Devin. It´s written in duel POV, and both 1. person (Calla) and in 3. person (Devin). It could have been very confusing, but its so well written the story just flows seamlessly.

Calla is a very gentle person, very southern in manners, even though she and her fellow wallflowers get in a lot of trouble occasionally . She´s been very closed off since she lost her family, and after catching sight of her new neighbour Devin, she decides that enough is enough, its about time to catch life, and not just watch it fly by. She and the other wallflowers make a pact to find love, and first up is Calla;

Worth lyin´, stealin´or killin´ for

Devin is a new PI in town, and finds a real connection with Calla, and is not about to let her get away from him. Or let her insecurities or fears stay in the way of the future he want. Throw in som mystery, mayhem and murder and you get an explosive, sweet and hot story.

He felt a soul-deep connection to her and knew without question that he was holding his future. 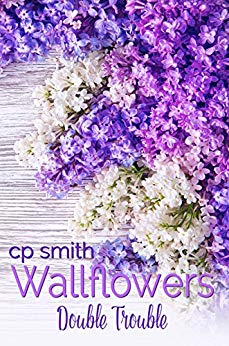 “ ’Tis better to never have loved and lost than to live with the regret of your stupidity.” ~ Sienna Miller, Wallflower

They say you can’t teach an old dog new tricks, or in this case, Wallflowers to behave. Then again . . .

Sienna Miller spent her whole life being the odd woman out. Shunned and misunderstood by her family, she finally has a chance for a new start thanks to Calla and Poppy, her Wallflower sisters. Now all she needs is a Prince Charming.

Bo Strawn is a cop with a troubled past. He’s stubborn and set in his ways until a certain Wallflower shakes up his life for good. Bo’s finally got a shot at happily ever after. That is, he’s got a shot if he can solve a mystery surrounding the Wallflowers and keep his headstrong woman off the back of a horse.

Next up in the wallflower pact is Sienna. This book picks up where the first one ended. And is the story of Bo and Sienna.

Sienna, the result of her mothers affair, have felt unwanted her whole life. When she’s also rejected by her long time crush, she’s had enough. Then she meets Bo, the bossy cop, and feels an instant connection and attraction. But her fear of rejection is deep-seated.

Bo denies his attraction to Sienna. From what he sees she is too headstrong and does what she wants even if told by others not too. He deals with his own abandonment issues regarding his mother, and thinks Sienna is just like her. He doesn’t want to be attracted to her, and acts like an ass.

I´ve spent most of my life wonderin´ if I was cursed. Yet here you stand, a promise of somethin´ beautiful that belongs only to me. Are. You. Real?

But he doesn’t use much time to sort out his feelings, and goes after what he wants. As alpha as they come; where Devin was a bit more “subtle”, Bo is more like a bull in a china shop in the beginning. Game on!

Throw in a house fire, a goldmine and fairy juice singing and you got the perfect sequel.

Both of these books are an absolute five star read for me. Not just because of the excellent writing or the way the story flows and sucks you right in. But because the writing is so good that I keep hearing the southern drawl every time a character speaks, and I have never been to the south.

I also love the instant connection with the characters. I like them, I feel the attraction and most of all – I believe in their happily ever after. Not to mention all the hot scenes, alpha males, friendship and crazy wallflowers. Mix hotness, love, mystery and hilarious situations and I at least can’t put these books down once I start reading.

← The boy I grew up with by Tijan Wallflowers: One heart remains by CP Smith - Release blitz →